In the last episode we learned how to code the rotozoom effect using floating point arithmetics. This however is pretty slow on ancient DOS machines, like 486 and even worse on slower machines. So in this episode we will rewrite the program to use integer based fixed point arithmetics.

Back in 1993 the Future Crew published „Second Reality“ on the PC. This was a mega-demo of epic proportions. It showcases many new and some old effects with a brilliant soundtrack. One of the effects that was very well done and that stuck in my mind was the „rotozoomer“. A tiling image being rotated and scaled in a very fluent animation. As a kid I wondered how it’s done. Later I learned the maths behind this and today we want to explore this simple yet brilliant effect. In this part we will deal with the basics and implement a floating point version. However the original code used fixed point integer arithmetics, which we will visit in a second video…

The plasma is a staple of the demo scene effects. You can find it on all platforms: PC, C64, Amiga, Atari… So why don’t we code one ourselves? We base our program on the Fire effect done in an earlier episode, so if you missed that, please check it out, too. We simply replace the draw function with an appropriate algorithm for drawing… the plasma! It’s actually pretty simple.

This short bash snippet allows you to copy and paste any grep or compiler output of the form some/file.java:12:34 to emacsclient to jump to the specified file, line and column in Emacs:

Update: I forgot to make the IFS variable local to the function. This would break things like git-bash-prompt, if the IFS is suddenly set to something else.

The naive implementation for concatenating strings in bash goes something like this:

This takes around two minutes on a modern machine. This is slow. Very, very slow.

Instead you can build an intermediate array and use the star operator to expand it into a string. Make sure to change the input field seperator to empty, so that you don’t get spaces in between the individual entries:

This will run in a few hundred milliseconds. You get roughly three orders of magnitude speedup. 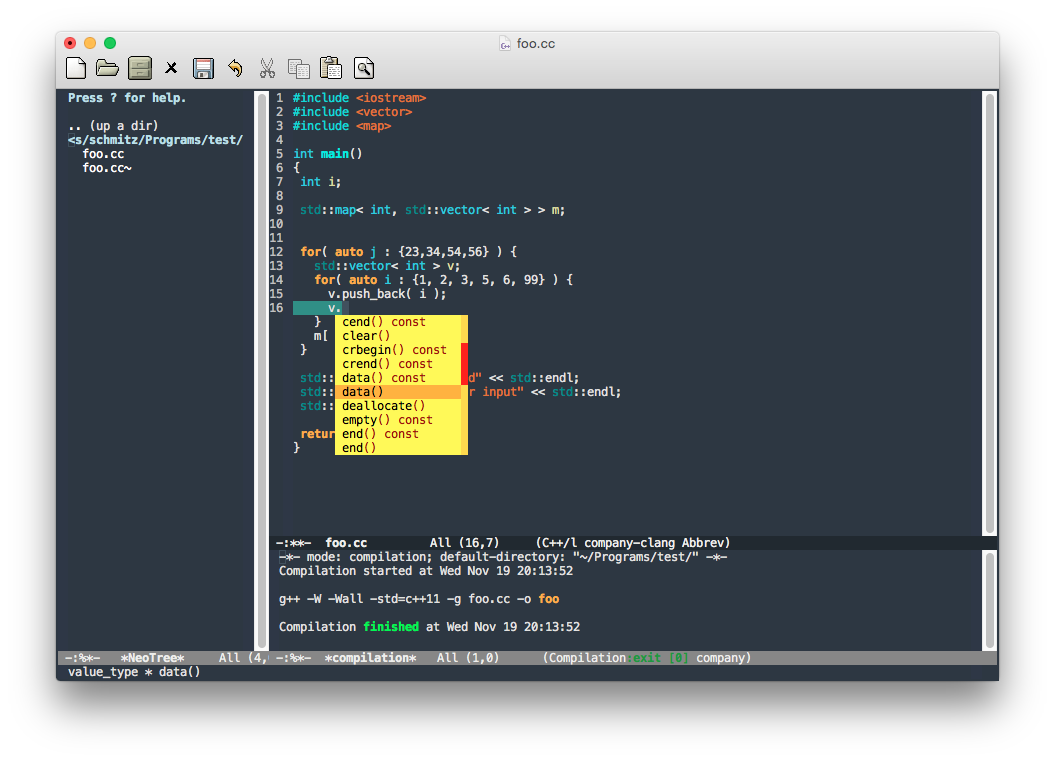 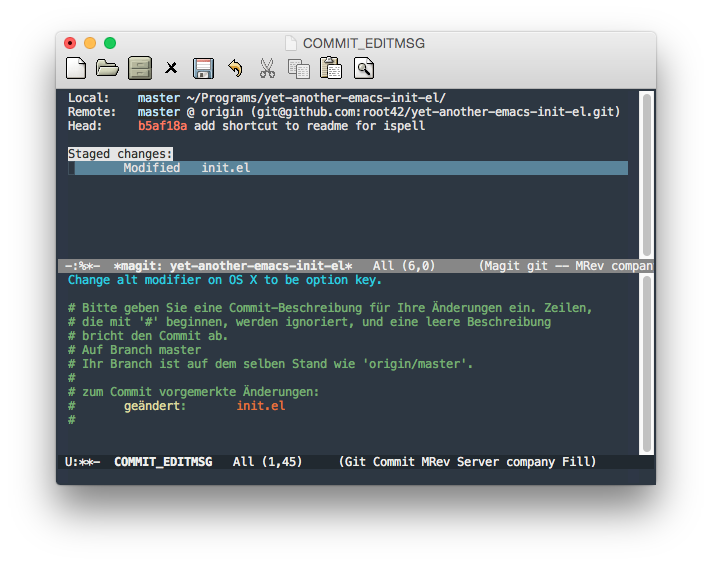 Developing clojure with Emacs Cider is great. To be able to view summaries for clojure functions and special forms, type this in you Cider REPL:

Emacs has a great mode for using Clojure called Cider. Cider comes with an interactive REPL. The REPL allows you to test your code, start web apps, if you are using Luminus, and all in all accelerates  development. One annoying thing though is that you have to refresh Cider every time you saved your sources. The good thing is that you can do this automatically. Just add the following to your init.el. I took the function from a blog post by Kris Jenkins:

Additionally, you can now run the refresh command manually, by hitting C-c C-r.

Update: I changed the after-save-hook to only trigger if we are in a buffer that has cider-mode enabled. Otherwise every save command in Emacs would have triggered the refresh!

If you are implementing REST APIs, and are thinking about using application/json as your content type, please consider application/hal+json. It allows you to represent link relations and embedded resources in a standardized manner.

As an example, you might have a programmable power strip with three sockets. The strip itself can be modeled as a resource. It will have three optionally embedded resources with the link relation sockets. These resources themselves will have a link relation called toggle. Doing e.g. a POST on this resource will allow you to toggle it. The lovely thing here is that the API will give you the correct URL to turn on or off the socket. An example request and response:

The content type is described in an RFC draft, and is well on its way to become a standard. Make sure to also read the associated web linking RFC.

Amazon is already using this content type in its AppStream API.

For resources, I recommend that you document the following aspects:

For link relations you should document these aspects:

Given a CSV file with the following format:

The task is to extract the names from the email addresses. We assume that the names are seperated by periods (.) and that all the names are supposed to be capitalized and printed with strings: