The other day I installed the mpdas, which is the audio scrobbler for the music player daemon. Since there’s no debian package for the Raspberry Pi, I compiled mpdas from scratch and installed it. Now I don’t want to run it manually each time the Raspberry Pi boots up. So I found a nice template for writing your own debian-style init-script. I changed it a little and also installed the daemon tool, to turn the interactive mpdas program into a daemon. Just run apt-get install daemon to install it. Then put the following file under /etc/init.d/mpdas and run update-rc.d mpdas defaults. Then mpdas will be run automatically upon boot. Oh, one more thing: put your mpdas configuration under /usr/local/etc/mpdasrc or adjust the DAEMONOPTS in the init script accordingly.

My WiFi router sometimes goes haywire and the Pi won’t notice when the WiFi connection is up again. So I wrote this little script:

You can put this script under /usr/local/bin and add the following line to the system wide /etc/crontab:

This will check every five minutes if the connection is still up, and restart it, if the router cannot be pinged. If you dislike all the syslog messages, you can comment them out in the script.
My corresponding /etc/network/interfaces looks like this (I uninstalled all the network managers):

The wpa_supplicant.conf should be easy to generate, there are lots of guides on the web for this.

Today I was looking for a better console font for the Apple terminal application. Up until now I was using a variant of the Terminus font, but it did not have the line drawing characters. So several programs looked quite borked. But there is a nice page with a collection of the X11 terminal fonts in Apple’s dfont format, which you know and like from all kinds of Linux distributions.
You have to tweak the spacings, for example for the 7×14 font you need to pick 0.98 and 0.93 for the horizontal and vertical spacing. Also make sure to use the fonts at their specified size. I.e. the 7×14 font at 14 points only. 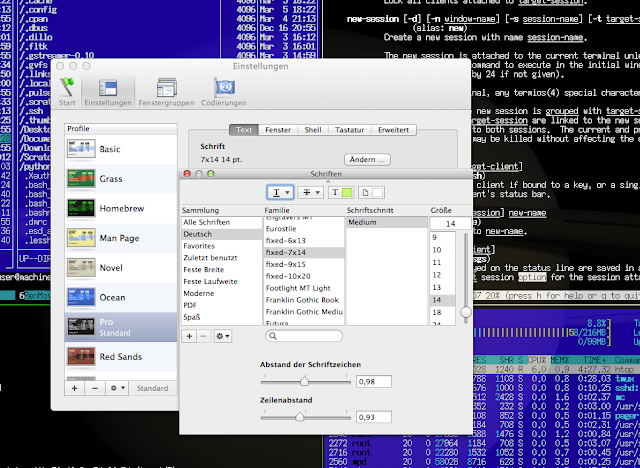 Since my Raspberry Pi runs headless, and the analog audio output is not that great, I decided to add a USB sound card to my little machine. I took a Roland UA-1G, which I was using before on an OpenWRT machine. The device was immediately recognized:

However, ALSA will prohibit the card from becoming sound device #0, thus being the default. For that you have to comment out the following line in /etc/modprobe.d/alsa-base.conf:

After rebooting or restarting ALSA, the Roland will become the default sound device:

Yesterday I started to code a small tool that lets me turn on and off power outlets on my USB controlled  power strip. You can find the humble beginnings over at github. It uses the sispmctl tool to turn on and off the sockets. It is implemented in Python using the Tornado web server. The rendering is simple, not styled and not yet HTML compliant. But it already scans for attached devices, and lets you toggle single outlets. However, today the power strip sort of died on me, and now I have to look for another project to practice REST with…

However, suppose you did not want the standard notation, but rather apply some function to each string element or simply do away with the brackets and commas, you can use list comprehension, the join function and an empty string literal:

I already knew list comprehension, but using it in this scenario and with a string literal as an object was new to me. Anyway, using such code is probably a bad idea, since it might be hard to read! At the very least, one should stow it away in a function with a fitting name, such as jointStringRepresentationOfListItems( list ). But really, I am not even sure what I would use that for…

Update: even better is this: 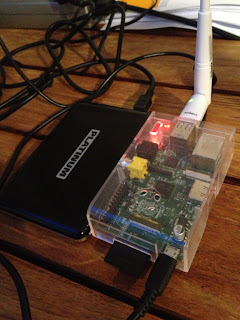 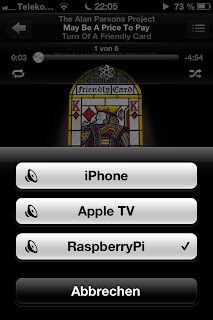