I have written a neat little Spherical Harmonics explorer. Right now, the projection function has some weird bug still, but the basis functions, and arbitrary combinations of them can be viewed nicely. The tool is written in Python, using PyQt4 and PyOpenGL. Python is excellent for prototyping such a tool. It might not be as fast as C++, but the rendering speed using PyOpenGL is more than enough and very smooth. I might put the small 3D viewer widget online later, because it might be useful for many people. Here’s some eyecandy: 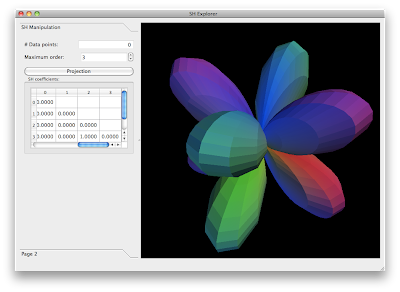 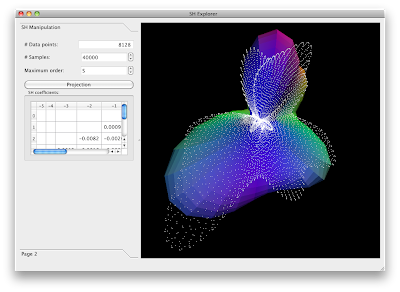